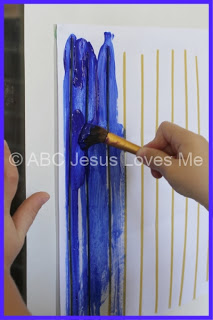 In Week 2 of the 2 Year Curriculum, the child is introduced to lines.  Georgia shared a wonderful idea on the ABC Jesus Loves Me Facebook Group to teach this objective.  After doing the activity with my son, I saw how great it was on so many levels! 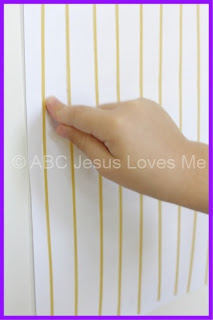 Begin by gluing spaghetti on a piece of paper.  Once dry, I tacked the paper do the wall and helped Peanut trace the spaghetti pieces with his index finger.  As he traced I said “line” over and over.  Since he is in a major repeat mode, he repeated the word several times. This is a wonderful tactile or sensory learning activity.

Once he lost interest in this, I picked up my paint brush and blue paint (the color of the week) and demonstrated how to paint the spaghetti.  Again I said the word “line” as I painted.  Then I allowed him to paint making sure he made lines with his arm.

I assumed he would continue to paint the spaghetti but was interested to see that he moved to the area between the spaghetti pieces.  The spaghetti created barriers that helped him form the straight lines.  Perfect!

Once it dried, we placed the masterpiece on the refrigerator.  At various times throughout the day, I pointed to the paper, creating lines with my finger, and said “line.”  Furthering the learning and keeping it fresh in his mind.

Using vertical spaghetti, this idea can also be used to teach the number one as well (another objective from Week 2).

Thank you Georgia for sharing the spaghetti idea! 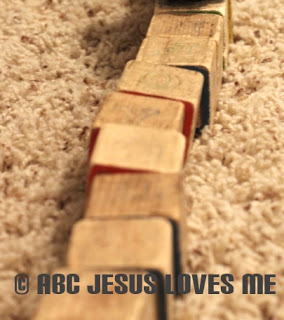 Here’s another idea that your child is probably already doing!  Using blocks, cars, trains, books, dominoes, or other toys create long, straight lines.  Have the child trace over the line when finished.

Have you entered to win the Rufus and Ryan book?

What other learning ideas do you have for teaching lines?

Previous Post: « Do You Truly Know the Bible?
Next Post: How to Create Learning Stations at Home » 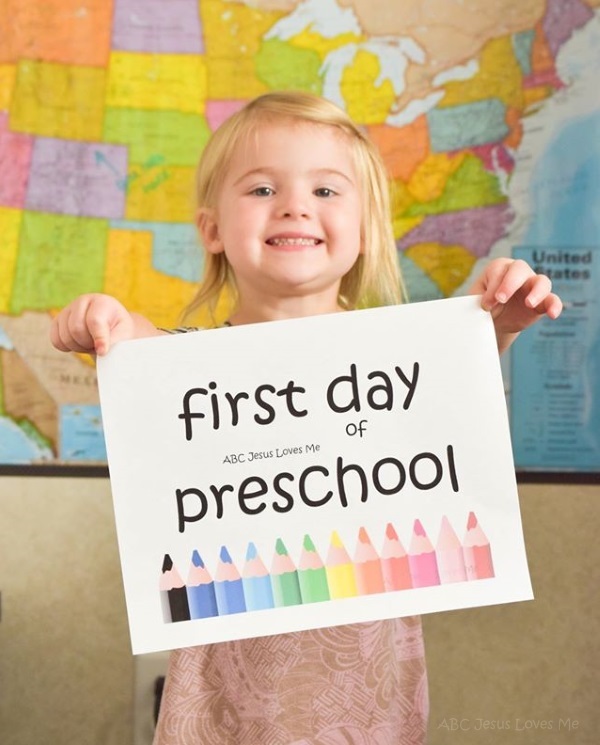