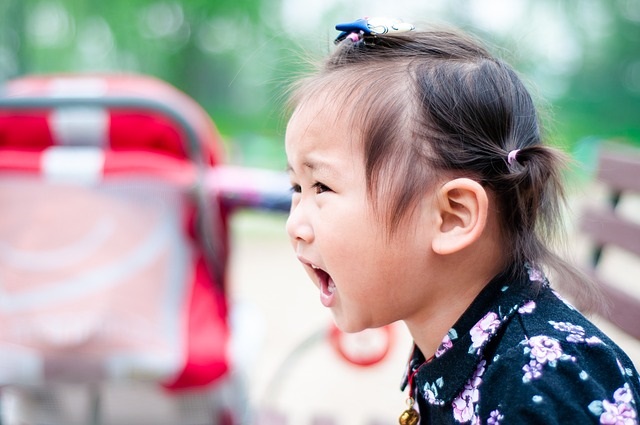 I received this question and I wanted to share with everyone as I believe it is a question that a lot of you may have:

I was intrigued by your process of having your son jump on a trampoline to calm him down. We are still in the process of figuring out exactly what is going on with my son, but he has total melt downs over very small things and the only way to calm him down is to have him up in his room for 5 min., alone.  Usually turning on a fan and (trying to) cover him up with a blanket helps. He will come out in 5 min., a new guy, ready to face the world. But it is a real struggle to get him there.

How do you get your son to go to the trampoline?

Does he just know that he wants to feel better and is willing to go?

When Bubs was at the height of his sensory issues, his meltdowns would last around 90 minutes.  And 99% of these meltdowns were triggered by minor issues.  It could have been because I cut his sandwich the wrong way or poured the syrup in the wrong spot on his plate.  Maybe I asked him to shut the door.  For whatever reason, something set him off and it got ugly fast.

Before we understand the cause of the issue, we tried to discipline him out of the meltdowns.  We also tried encouragement, rewards, and ignoring the behavior.  Next we tried his room.  We carried him to his room to allow him to work himself out of the meltdown.  But listening to him scream for 1 1/2 hours was exhausting and became damaging to our walls and household items.

Also, there was something in my gut that told me that this method wasn’t helping him learn how to calm down.  We were just treating the symptom and not addressing the issue.

That’s when we learned about the miracle trampoline.  It was through the sensory input that he was able to calm down and gain control.  As he has gotten older, he has gained an awareness of what the trampoline provides for him emotionally.  This has helped him at the start of a meltdown to ask to jump.
Unfortunately when he is in the middle of a meltdown, Bubs is too far gone to ask to jump.  Thus we carry him to the trampoline.

If the weather is conducive, we carry him outside and zip him into the trampoline.  It is an ugly sight at first but slowly he will start jumping (our poor neighbors!). The jumps are very stiff and small.  Soon the screaming turns to talking and he then moves to higher and more limber jumps.  Once he is jumping at full height and kicking his legs in the air and his face relaxes, I know that he is done.

If we can not go outside, the responsibility falls in my hands.  I have to physically make him jump.  I previously posted about this procedure.  You can read about it here.

With much time, maturity, and prayer, Bubs is starting to sense his emotions.  A few days ago I heard him say to himself, “That was a close one.  I almost lost it!”

I can’t explain what those little words meant to me.  They were a little kiss from God.

For your specific situation:

The blanket may be very calming to him.  It could be the warmth, weight, or security of the blanket.  When you child is calm, together pick a blanket that he can use when he has a meltdown.  Place it in a place that he can reach for those times.

If he only needs five minutes then it sounds like the room is what he needs.  I would encourage you to set up a small area for him in his room.  The smaller area makes the child feel more secure and is calming.

As far as the difficulty of carrying an out-of-control, growing child, talk to an OT or your pediatrician on ways to safely carry him so that you do not get hurt.  As much as possible, allow the child to walk with you guiding him to a safe place.

One more point.  Discipline for sensory kids must occur when they are not having a meltdown.  This is a key concept to remember and one that I have had to learn through many errors.  Work on issues when the child is calm.  Do what you need to help the child gain control when he is having a meltdown.